The last known Māori sail, Te Rā, has been in storage in the British Museum for more than 200 years. This taonga is now the subject of a three-year research project to document it for the first time and to gain a greater understanding of how Māori sailed.

Connecting the sky and ocean, sails provided the means by which ancestors of Māori explored and traversed Te Moana Nui a Kiwa. After more than 200 years in storage at the British Museum, London, the construction and materials of the last known Māori sail, Te Rā, have never been identified, documented nor made publically available. Now, a group of researchers is on a three-year journey to uncover and reclaim knowledge of Te Rā for everyone to benefit.

Dr Catherine Smith from the Dodd-Walls Centre, University of Otago, and Ms Donna Campbell (Ngāpuhi, Ngāti Ruanui), a weaver and senior lecturer at the University of Waikato, are leading an interdisciplinary team undertaking kaupapa Māori research on Te Rā. 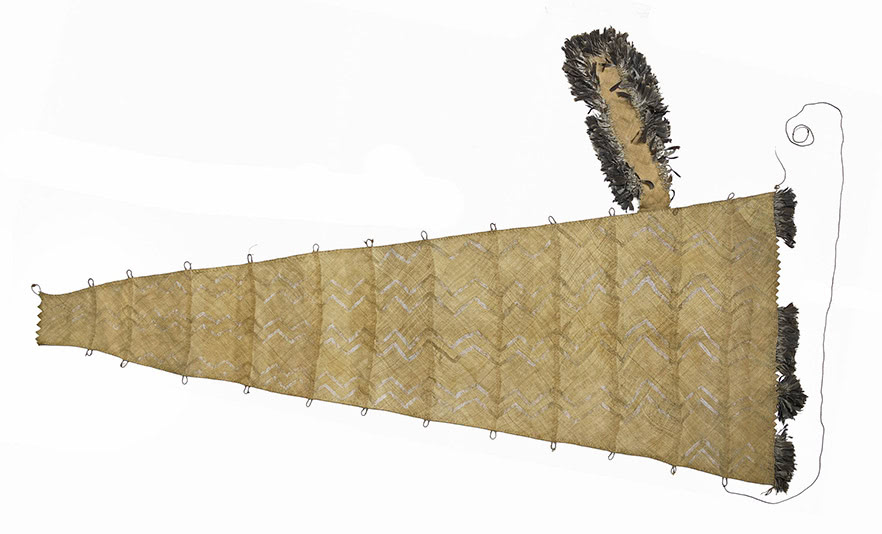 Te Rā has never been fully documented or studies.
Photos: © Trustees of the British Museum.

One aspect of the project is visiting Te Rā at the British Museum, where the researchers will uncover the unique weaving techniques used on the centuries-old sail, before distributing that knowledge to Māori communities and to the wider public.

Te Rā itself has never been fully documented or studied, and the project aims to advance knowledge of the Māori sail and gain a greater understanding of how Māori sailed.

“It’s easy to say the techniques themselves are unique, but people who have the experience that Ranui [Ngarimu] and Donna [Campbell] have – they haven’t seen anything like this before,” Smith says.

Ngarimu is interviewing navigators and sailors about their knowledge of Māori voyaging, before she and Campbell work to identify the weaving mātauranga used to make the sail. Smith will be leading the materials science team and will ultimately help to publicise and communicate project findings to the wider public. 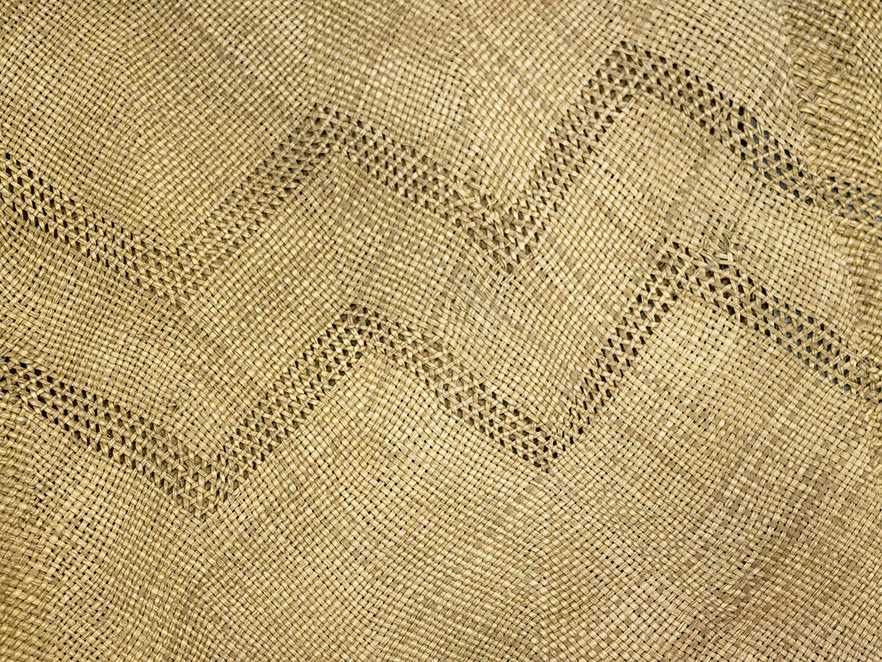 Smith says the group is at the beginning of the process and are navigating their way through how the three-year project will play out.

“There are really important taonga that we don’t have in New Zealand any more that have been taken away. We’re divorced from that knowledge and access to that knowledge.

“Te Rā has been in storage for 250 years, has probably been visited by 10 New Zealanders in the time it has been there and has never been fully described.

“We need to document Te Rā and communicate the knowledge contained within her to the wider community so it won’t ever be lost again.”

The group has been bound together by strong connections to both academia and Māori weaving, forming a foundation based on mātauranga Māori and science that perfectly transitions to Te Rā.

Ngarimu and Smith have been working collaboratively for five years on projects examining early Māori taonga in national and international museum collections to unlock knowledge about past weaving technologies. Wikaira and Smith met working at the Hocken Collections as archivists. Campbell and Smith first worked together 20 years ago, where Campbell brought her weaving expertise to textiles’ conservation projects at Otago Museum.

Campbell, who last saw Te Rā with a group of navigators and sailors in 2013, says the project is symbolic of a number of Māori philosophies. “It’s a connection of the past, present and future embodied in this taonga,” she says.

“There is also this idea that we are separated by water, when actually we are connected by water and Te Rā is part of that symbology – the connection of us with the Pacific and the rest of the world.”

The journey for the team has a satisfying destination: returning knowledge expressed by Te Rā and stored in the British Museum to as many New Zealanders as possible.

“Te Rā shows understanding of new plants, a new climate and the ocean and that journey. I think that is an inspiration to New Zealand and I think in exploring Te Rā, we are really highlighting just how much of an achievement it was to settle Aotearoa and I see a lot of inspiration in acknowledging that and bringing it into the future.”

Campbell admits the possibilities are endless when it comes to what the information can be used for.

“Weavers are innovating all the time. We look at exemplars from the past and get blown away by what our tupuna did and we either extend it or innovate it.

“I can’t even imagine the possibility of the technology that is the construction of it. What will weavers do with that? What will it spark in terms of creative work, ideas – it blows my mind just thinking about it.”

Ngarimu, on the other hand, believes the knowledge could help move Māoridom forward in a new and positive direction. She hopes enlightened iwi will ultimately spur on a new generation of voyagers.

“That would be my dream to come out of this, that my great, great, great grandchildren will be hopping on their waka with their ‘Rā’ and sailing off to see their cousin wherever, because they have the technology and the knowledge to do it.”

Banner: Ms Donna Campbell, Mrs Ranui Ngarimu and Dr Catherine Smith: “In exploring Te Rā, we are really highlighting just how much of an achievement it was to settle Aotearoa …”
Photo: Alan Dove