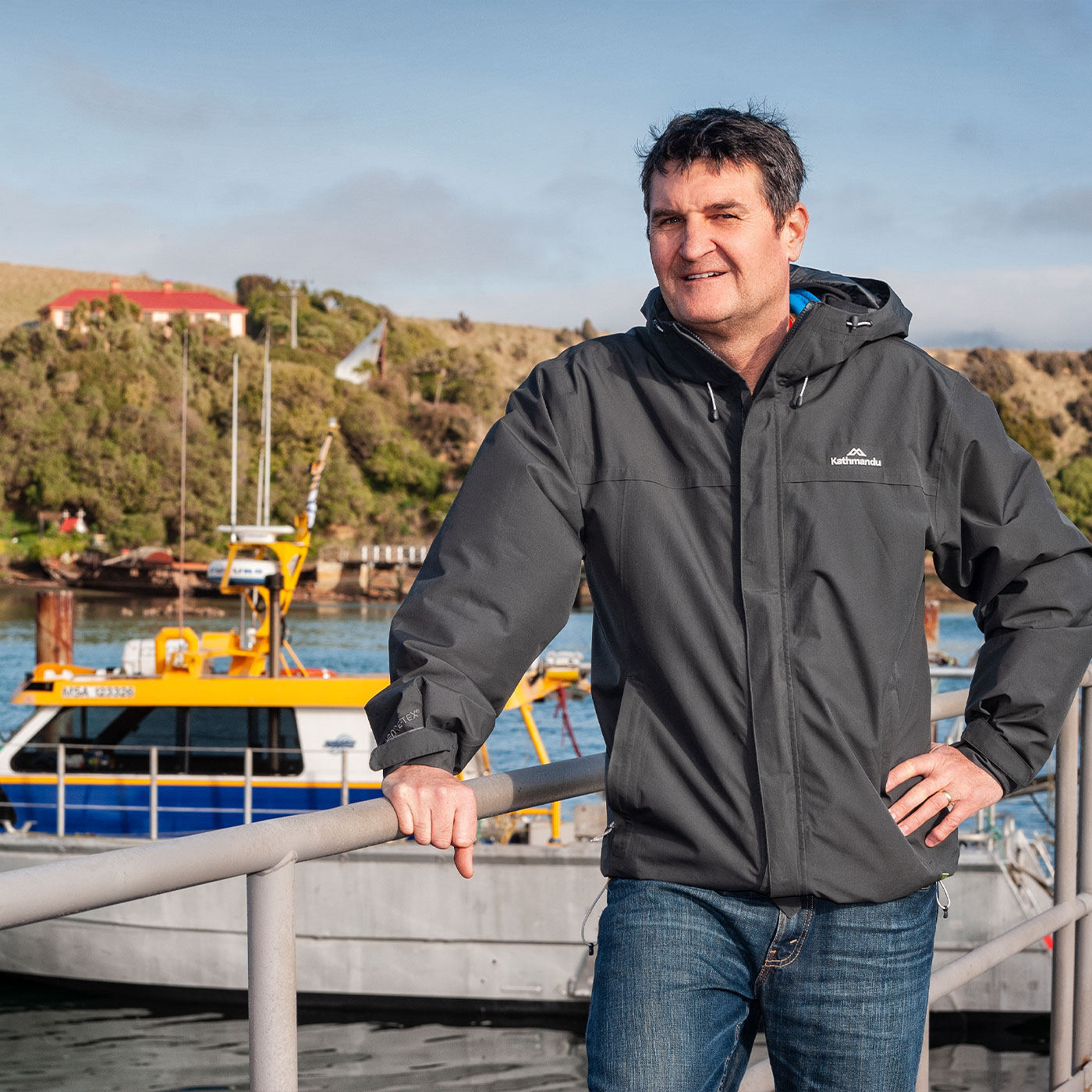 Otago scientists are taking prominent roles in an important Antarctic Science Platform programme to investigate how a warming world will impact ecosystems in the Ross Sea. Will two degrees be too much?

The University of Otago is drawing on its extensive research experience in Antarctica as it takes the lead in one of four multi-million dollar projects to understand more about how climate change could impact the frozen continent.

Marine Science head of department Professor Miles Lamare says the six-year research programme, under the umbrella of the Antarctic Science Platform, will investigate how changes in climate could affect Ross Sea ecosystems.

“It’s all about how the Ross Sea will respond to two-degree warming. The Paris Agreement aims to restrict warming to below that, so this study will look at what that will mean for Antarctica.”

Otago researchers are involved in all four projects that make up the programme.

A second project, Antarctic Ocean Mechanics, involves another leading Otago researcher Dr Christina Riesselman who is co-principal investigator for a team looking at oceanography and how the Ross Sea and Southern Ocean are likely to change under different climate scenarios.

Lamare heads a third project dealing with the impact of warming on Ross Sea ecosystems, while a fourth project examines Sea Ice and Carbon Cycle Feedbacks.

Understanding the region’s ecosystems will cover a lot of territory – quite literally – from sea ice to Antarctica’s famed dry valleys, to understand how they are likely to respond to meltwater and how it could drive changes in terrestrial biota.

Other research will focus on how coastal ecosystems could respond to changes such as reductions in sea ice, as well as examining what Antarctic fauna feed on and where they get their energy.

“There’s a range of research tools we can use to see how energy is cycling through the systems. What is the contribution from sea-ice communities compared to energy from the water column, and how energy is getting brought in from animals coming in from off the ice shelf, such as penguins and seals?

“It’s all around those nutrient dynamics, energy dynamics and carbon cycling through the system.“

Lamare says sea ice is a key driver of so much.

“It’s two metres thick and it’s not solid, it’s porous – so you get a whole community that lives inside that ice. That community includes diatoms and other primary producers that basically provide food for the whole ecosystem underneath it, such as the krill and fish which graze on the bottom of the sea ice.”

The sea ice extends about 2,000km off the continent and, when it melts, it produces a huge phytoplankton bloom to drive those nutrient dynamics.

“One of the key things the project has to do is set up what we call sentinels of change. If the modelling says the most sensitive part of the ecosystem is penguins, then you can then monitor those as a sentinel of what’s happening to the rest of the food web.”

Another component of their project focuses on the pelagic food webs that exist offshore, away from coastal influences. Lamare says this ranges from plankton to the silverfish and tooth fish – key pelagic fish species that are an important food source for animals like seals and penguins.

The project will involve wide-ranging interdisciplinary collaboration, as well as co-operation between institutions including NIWA, Landcare Manaaki Whenua, and other universities (Canterbury, Auckland and Waikato).

This allows them to draw on the expertise of marine chemists, biological oceanographers, food web and meltwater production modellers.

“But the real crossdisciplinary collaborations come across the platform itself. We are basically biological, but the other project – number two – is physical oceanography.

We are working with them to tell us how the oceans and currents are going to change, and how the water structure may change. 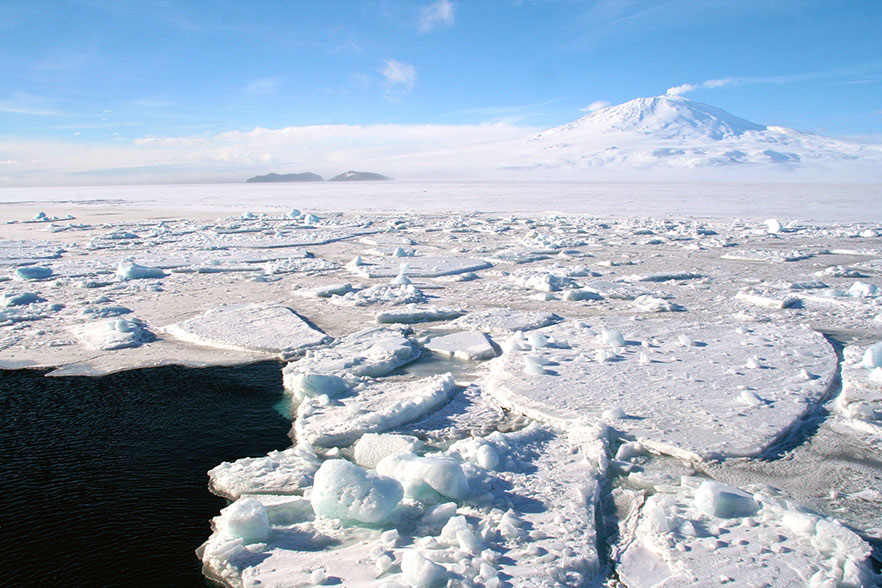 “We’ve got people working on modelling the sea ice changes and incorporating this into our models of how the biology will respond. We also have people working on how glacial melting is putting freshwater into the coastal systems.”

The modelling component of the programme will be particularly valuable because the research projects will provide a massive amount of data about how the ecosystem is functioning and how the environment drives processes such as primary production and species distribution.

“What we need to do is take that information and model it so we can start predicting how those ecosystems may respond and function if the region starts warming up and sea ice reduces.”

The Antarctic Science Platform has a modelling hub in Wellington with expertise in areas covering climate, biogeochemical cycles, sea ice and glaciology. There is also a big data modeller.

“We want to be able to predict how the range of species and biodiversity are going to change regionally, and we also want to identify vulnerable parts of the ecosystem in the Ross Sea region that are going to be particularly sensitive to change.

“One of the key things the project has to do is set up what we call sentinels of change. If the modelling says the most sensitive part of the ecosystem is penguins, then you can then monitor those as a sentinel of what’s happening to the rest of the food web. Similarly, if we identify a particular region is sensitive to warming, we can use that site as a sentinel of change.”

They will also be setting up permanent monitoring sites – four or five key places which the modelling suggests could be sensitive to change. These areas would track temperature and productivity changes over time.

Lamare’s own hands-on research will involve working around Ross Island and along the coast amongst the sea ice.

“We’ll be fishing and diving to collect samples for population genetics and isotope analyses – using an ROV [remote operated vehicle] for mapping, looking at biodiversity and gathering water samples.”

Unfortunately, COVID-19 has disrupted the usual research season, forcing a lot of work to be postponed. The RV Tangaroa, NIWA’s research vessel, is going down to the Ross Sea in January so they will have a team onboard as they work to make up for lost time.

Lamare says they are developing funding to charter an ice-strengthened research vessel in the coming two to three years to carry out some of the marine work down the Victoria land coast.

The programme involves extensive international collaboration, working with Italian and Korean research programmes, as well as support from the US and the British Antarctic Survey.

Professor Miles Lamare: “We want to be able to predict how the range of species and biodiversity are going to change…”

Drilling hundreds of metres into the seabed below the Southern Ocean is allowing scientists to reconstruct past climate in Antarctica using fossil material going back more than three million years.

Her own research takes the record created when phytoplankton and various geological materials eroded off the continent settle to the sea floor and uses it to reconstruct climate in the past.

“I’m trying to understand how dynamics of the Southern Ocean might be different under a future warmer climate scenario, by examining paleoclimate and paleoceanographic records. Essentially it’s a logbook of how the ocean has changed through time.”

“We now have cores from really sensitive locations that were selected, by design, to improve our understanding of how the ocean behaved during these past warm climate intervals.”

The team includes people with expertise in how sediment particles collect under different ocean current regimes, while others use their expertise in microscopic fossils or geochemistry to identify transitions in the geological record, including times when phytoplankton that live in the sea ice gave way to those that are more tolerant of open ocean conditions and sub-Antarctic temperatures.

“You can use that information to work out where oceanographic fronts were migrating through time or where the overall ocean was a lot warmer.”

“In the last 500,000 years there have been three previous interglacial periods that were just a little bit warmer than the one we’re in now, where the sea level was about five to nine metres higher than it is today,” she says.

“We’re also looking in detail at the last time atmospheric carbon dioxide was elevated above 400 parts per million [ppm] – that was about three million years ago. We passed that level again for the first time in 2013. Today we’re right around 412 ppm.”

The information gathered will be fed into the programme’s computer modelling hub.

“We can take the data and generate a time horizon by reconstructing some particular slice of Antarctica’s past at multiple locations,” says Riesselman.

“It’s quite exciting. This [the Antarctic Science Platform] is the only programme I know of in the world where a nation has prioritised building something this integrated.”

For Riesselman there is a sense of urgency, particularly considering the way recent drilling programmes have completely revolutionised scientists’ understanding of just how climate sensitive the ice sheets are.

“The more we learn from these reconstructions, the clearer it becomes that two degrees of warming is too much. At two degrees, ocean warming has the potential to destabilise sections of West Antarctica – that’s already underway.

“But we also have the potential to destabilise key regions of East Antarctica, an ice sheet that was long thought to be pretty insensitive to warming.”

Dr Christina Riesselman: “I’m trying to understand how dynamics of the Southern Ocean might be different under a future warmer climate scenario, by examining paleoclimate and paleoceanographic records.” 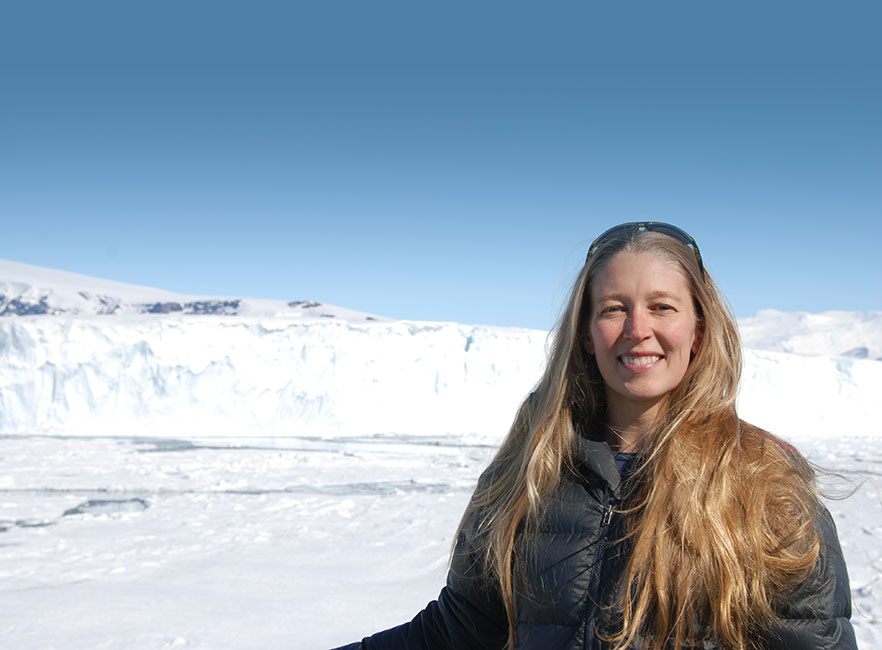