Putting Captain Cook in his place 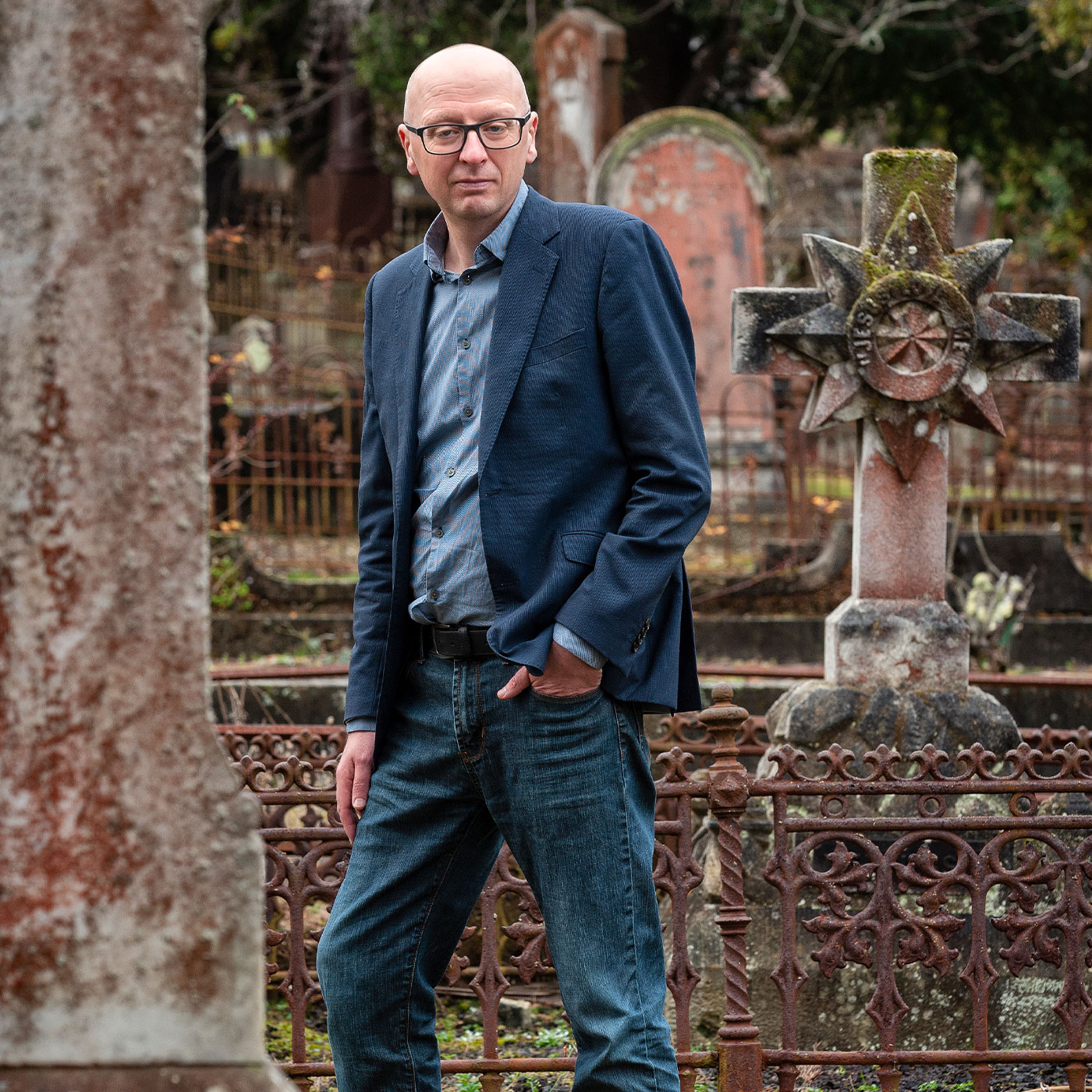 Putting
Captain Cook
in his place

A polarising figure, variously described as a murdering invader and an accomplished navigator, cartographer and ethnographic observer: just what is Captain James Cook’s legacy? Pro-Vice-Chancellor (Humanities) Professor Tony Ballantyne discusses these divergent views in the wake of Tuia 250.

New Zealand is a society that lives in the shadow of empire and colonialism, where the conflict, dispossession, inequality and painful legacies of the past frequently resurface in cultural life and political debate.

In recent times, the figure of Captain Cook has loomed large in these discussions. In part, Cook’s prominence reflects the impact of global social currents, particularly the Black Lives Matter movement and heightened focus on memorials to empire and slavery in the wake of the toppling of a statue of Edward Colston, an influential merchant and politician whose wealth was underwritten by the Atlantic slave trade, in Bristol in June. Within a week of that statue being deposited in Bristol harbour, a Cook statue commemorating Cook on the Waikanae foreshore in Tūranga/Gisborne was inscribed with graffiti that read: “Black lives matter and so do Māori” and “Take this racist headstone of my people down before I do”. 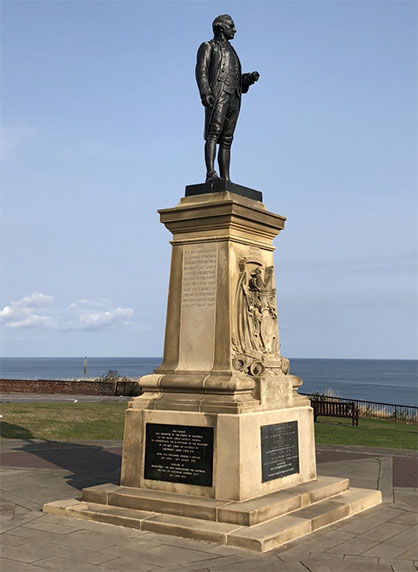 Statue of James Cook by the sculptor James Tweed unveiled in 1912, West Cliff, Whitby. The inscription celebrates Cook as “a great Yorkshire seaman”.

That text can be read as an intervention into the ongoing debates over Cook’s particular significance in Tūranga/Gisborne, which was the first landing site for Cook, the officers and crew of HMB Endeavour in October 1769. Violence studded the first collisions between Cook and local people – Rongowhakaata, Ngāti Oneone, Te Aitanga-a-Māhaki and Ngāi Tāmanuhiri. Te Maro of Ngāti Oneone and Te Rakau of Rongowhakaata were killed during the first two landings by the British.

Cook decided that capturing some local people and then treating them kindly would be an effective strategy to establish his friendly intentions. He pursued this plan by kidnapping three young Rongowhakaata men – Te Haurangi, Ikirangi and Marukauiti – after their four kin who had been out fishing with them were killed by British. These violent acts have had profound consequences for hapū and iwi, who continue to feel considerable mamae (pain) as a result of the violence that left their ancestors killed and wounded, and which inaugurated the beginnings of imperial intrusion and, ultimately, colonial settlement.

As a result, Cook has always been a contentious figure in Tūranga/Gisborne: although many civic leaders have been proud of the city’s connections with the Endeavour and seen Cook as a hero, Māori have remembered the violence and felt its enduring legacies.

Cook returned to the centre of national attention over the past three years as a result of the initiation of Tuia 250, a sequence of commemorations to mark the 250th anniversary of Endeavour’s arrival. Although the initial government announcement had a strong focus on Cook, as this programme evolved its aspirations widened to focus on New Zealand’s “Dual Heritage; Shared Future”. This vision accorded with the meaning of “tuia”, which alludes to weaving together and emphasises interconnectedness and interdependence.

As Tuia 250 took shape, Cook increasingly moved to the margins, in part as a response to criticism of any desire to celebrate either Cook or the Endeavour itself. The Tuia 250 programme had a strong emphasis on mātauranga Maori (Māori ways of knowing) and Pacific knowledge traditions. Navigation and voyaging were particularly important here, through the figure of the Rai’atean ritual expert Tupaia, who joined the Endeavour crew, and through Pacific traditions of oceanic voyaging.

A key feature of the commemorations was a flotilla featuring six vessels, including two waka hourua (Haunui from Tāmaki Makaurau/Auckland, and Ngahiraka Mai Tawhiti from Tauranga) and a va’a moana (Fa’afaite i te Ao Mā’ohi from Pape'ete,) as well as the replica HMB Endeavour. The va’a moana and waka hourua proved particularly popular with the hapū and iwi that engaged with the Tuia 250 programme, reflecting their strong interest in waka, the ocean, navigational traditions and their links back across the Pacific.

But both the Endeavour replica and the Tuia programme were controversial. Tina Ngata (Ngāti Porou) criticised the planned commemorations at a United Nations forum in April 2018, suggesting it was designed as a celebration that failed to recognise the terrible consequences of Cook’s arrival for Māori. Other critics were even blunter, suggesting that Cook was a murderer, a thief, an invader – and Arama Rata (Ngāti Maniapoto, Taranaki, and Ngāruahine) dubbed the Endeavour a “death ship”.

These powerfully articulated critiques were rejected by other commentators who suggested that these arguments failed to recognise Cook’s accomplishments as a navigator, cartographer and ethnographic observer and that, in many instances, he was adept at crossing cultural boundaries.

Although these positions appear fundamentally irreconcilable, in fact Cook’s contributions to European knowledge and his engagements with indigenous communities across the Pacific were the very things that made him so effective in forwarding the interests of the British Empire. Cook’s three voyages into the Pacific produced vast stores of information, enabling Europeans to believe that they “knew” the region and this facilitated future imperial trade and colonial settlement.

Although Tuia 250 was contentious, it did provide an important opportunity for New Zealanders to reflect on the legacies of empire and colonisation, to hear Māori perspectives, and to have some conversations about the past, present and future that are urgently needed in a society where there are persistent and pernicious inequalities.

A number of hapū and iwi saw Tuia 250 as providing them with opportunities to pursue their own goals, particularly to reinvigorate waka traditions, to strengthen ties across the Pacific, and to ensure that their understandings of the past were shared widely. Ngāti Oneone, for example, emphasised the significance of Te Maro in the history of their community and he was celebrated in a striking 10-metre tall sculpture erected at the Ruatanuika lookout on Ngāti Oneone’s maunga Titirangi, meaning that this key tupuna now looks over the city of Tūranga/Gisborne. This was a very significant change: until earlier in 2019, a poorly executed and very contentious statue of Cook had stood on Titirangi, underlining Cook’s symbolic importance in a city whose civic identity has often been defined through connections with the navigator.

This changing landscape of memory can be usefully contrasted with sites in the United Kingdom that are associated with James Cook. Cook is memorialised in a number of sites in Yorkshire: in his birthplace Marton-in-Cleveland; in the village of Great Ayton, where Cook spent his boyhood; in the coastal village of Staithes where he was apprenticed to a grocer and haberdasher; and in the important port of Whitby. It was from there that Cook built a career as a sailor and officer and learnt his craft as a navigator. In Whitby today, Cook is prominent. His statue dominates the hill on the north side of the harbour and a museum marks his significance in the centre of the town. Cook in Whitby is celebrated as a great Yorkshireman and an outstanding sailor, rather than an imperial hero. In each of these places in Yorkshire, Cook is remembered slightly differently, but what is striking to a New Zealander is that, in the north of England, Cook seems settled and uncontentious. The pain and consequences of empire feel half a world away.

Cook will not be quickly forgotten in contemporary New Zealand, even as the controversies surrounding Tuia 250 begin to fade. Cook will undoubtedly return to the centre of public attention at some point soon as communities continue to reflect on his significance and as the coming generations discover the past, its complexities and its ongoing weight in the present.

Professor Tony Ballantyne’s research interests include the cultural history of the British Empire, New Zealand’s changing place within that empire, and the development of colonial knowledge.

Professor Tony Ballantyne: “Cook’s contributions to European knowledge and his engagements with indigenous communities across the Pacific were the very things that made him so effective in forwarding the interests of the British Empire.”