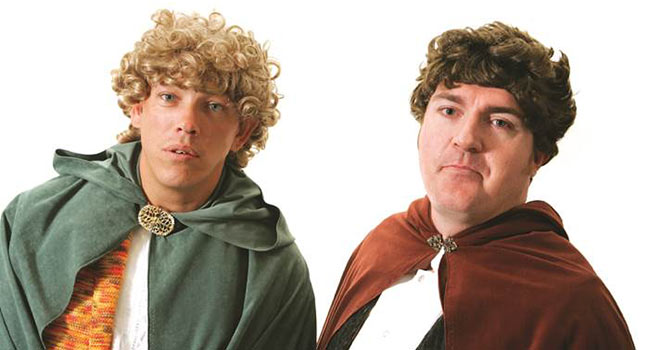 It is a given – when pop culture icons such as Marvel comics, Twilight, Harry Potter, Lord of the Rings and, certainly not least, The Hobbit, spawn a major movie, a great impassioned mass of fans will hotly debate every production move.

Otago PhD candidate Owain Gwynne has explored the period of anticipation, speculation and frustration that fans undergo while waiting for a films’ release.

For two years he immersed himself in analysing fan discussion and engagement on the popular fan-site TheOneRing.net prior to the release of An Unexpected Journey, the first film in Peter Jackson's Hobbit trilogy.

“The troubled nature of the films' production - which included lengthy delays, the departure of its original director, Guillermo Del Toro, and an actors' union strike - has proven to be as captivating and emotionally engaging for fans as they expect the films themselves to be,” he says.

The Road Goes Ever On: Fans of the Hobbit Film Adapation

Owain says his PhD thesis, The Road Goes Ever On: Fans of the Hobbit film adaptation, sheds light on how online technology transforms a movie's pre-release period into a time of active and intense interaction between fans and the object of their fandom, between fans and other fans, and between fans and producers.

"The speculation, debate and discussion that fans engage in during the pre-release period is a block of time that fans create, shape and take possession of."

“The speculation, debate and discussion that fans engage in during the pre-release period is a block of time that fans create, shape and take possession of,” he says. “This "fan-made time", transforms the wait before a movie comes out into an event in and of itself.

Owain adds that his study of "fan-made time" is an underdeveloped area of research in a time when there is an increasing interest in fandom. Owain’s PhD supervisors, the Department of Media, Film & Communication’s Dr Davinia Thornley and Dr Catherine Fowler, concur.

Dr Fowler says, “Across the course of his studies Owain has had much interest from other scholars working on fan studies and the potential of the internet for creating thriving online communities.

“He has presented his work-in-progress at conferences at Waikato University, and in the United States. In 2011 he taught seminars to students at University of North Carolina.”

Owain says the plentiful teaching opportunities he has enjoyed during his PhD have helped form his future ambitions.

“I believe my time in Otago will open doors to a career in teaching and further research. The University has also been a great and unique place to study for the last six years.

Owain moved to New Zealand from Wales in 2004, gained a Bachelor of Arts in Film & Media Studies and English at the University of Auckland, and, fancying a change, moved to Dunedin in 2007 to begin his postgraduate studies.

“Dunedin is a very lively and friendly town. The University has a very diverse culture allowing for rich experiences and relationships to flourish. Overall it has provided me with some of the best experiences of my life.”