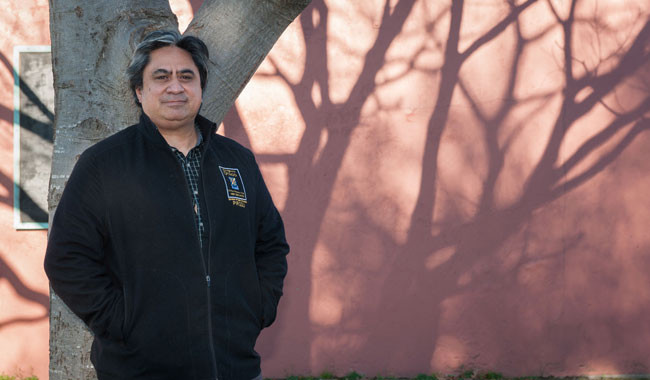 It took some time for Jesse Kokaua to find his passion in statistics.

“My first attempts at university were not all that successful,” he admits. He never gave up, however, and has recently – after juggling study, work, and family for many years – handed in his PhD thesis.

Jesse worked for many years in the public health sector, improving data collection and analysis in the area of mental health. It was work that eventually culminated in his pursuit of a doctorate in public health – in which he “applied Bayesian models to the analysis of the prevalence of mental disorders and mental health service use for Cook Islanders living in New Zealand”.

That is, he looked at the occurrence of mental health disorders, what services were available, and whether Cook Islanders living in New Zealand who need those services were accessing them. The method of data analysis he used to collate his findings will be the subject of a future research project, as it is transferrable to other issues.

Jesse, who now works as a Research Fellow in the University of Otago’s Health Sciences Division Pacific Islands Research and Student Support Unit (PIRSSU), says being able to carry out his PhD study while working in the same industry has been invaluable.

Jesse says that over the seven years it has taken him to complete his thesis part-time, his supervisors have been wonderful. He met his primary supervisor, Research Professor Elisabeth Wells, while working at the Ministry of Health on the New Zealand Mental Health Epidemiology Survey.

“They’ve been so supportive – I can’t talk highly enough about them. They’ve been open to letting me become side-tracked by issues that have interested me, some of which contributed only a small fraction in the final thesis, and given me great advice.”

Interaction with his colleagues and the support of his wife and family have also been crucial.

Jesse is not sure what his horizons now hold, but is happy to have options now that his thesis is completed. In the meantime, the soon-to-be Dr Kokaua is busy creating monitoring mechanisms for a programme which aims to ensure Pacific Island students studying health sciences at Otago are successful.