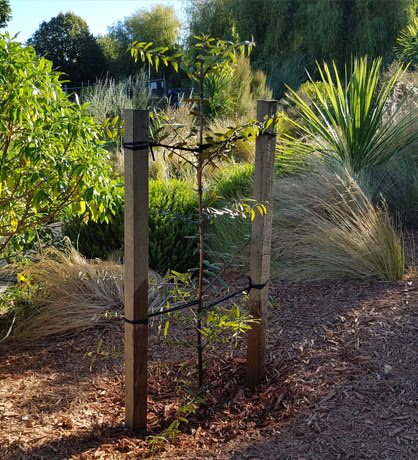 North bank of the Leith, adjacent to the south end of the William James Building.

This kauri, originally one-metre tall, was gifted to the university by alumnus and graduate Noel Jhinku to commemorate the University of Otago's 150th anniversary in 2019.

The natural range for Kauri is in the northern districts of New Zealand's North Island, however fossil evidence suggests that they used to grow in southern New Zealand millions of years ago.

Kauri were classified as a threatened species in 2018 due to 'kauri dieback disease'. Kauri can grow up to 50m tall, with trunk girths up to 16m, and can live for over 2,000 years.