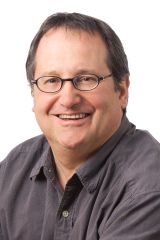 Neural Basis of Learning and Memory

The focus of my research is the Neural basis of learning and memory and comparative animal cognition.

How Neurons in the Brain Code Memory

The Role of the Hippocampus in Learning and Memory

Cognitive Abilities of Birds on Par With Most Primates

Finally, in a third series of studies we examine the cognitive abilities of birds. The prevailing view is that primates stand apart from other animals such as birds in their mental abilities. In contrast, we have shown that is the task is designed properly, birds can show abilities on par with most primates.

Past and Present Support by