Led by Dr Adele Woolley, the focus of our lab is to understand the dynamics of protein interactions within cells and tissues. We focus on the cell cycle and cell migration, fundamental cellular processes that underpin many diseases, including cancer.

About the Woolley Laboratory

Our focus is on the cell cycle and cell migration, fundamental cellular processes that underpin many diseases, including cancer.

The cell cycle is the sequence of events by which cells faithfully replicate their DNA and then segregate the duplicated chromosomal DNA equally between two daughter cells. An intricate network of regulatory pathways ensures that each cell cycle event is performed correctly and in proper sequence. In healthy tissues, cell division is a well-controlled process during which both our duplicated genetic and cytoplasmic material is equally distributed over two newly formed daughter cells, such that after a round of cell division each daughter cell has a complete set of 46 chromosomes. Cancer arises as a consequence of uncontrolled cell division resulting in chromosomal instability.

Metastasis is the movement of cancer cells to distant parts of the body. This is the primary cause of death in cancer patients. We are interested in understanding the regulation of cell cycle exit and early cell migration. We use experimental approaches to study changes in cellular processes that take place in disease. Ultimately, by understanding the dynamics of these cellular processes, we can provide a platform for intervention in disease. We aim to use these discoveries to develop biomarkers for specific disease states.

Research themes at the Woolley Laboratory

Our key research themes focus on the regulation of cytoskeletal dynamics in cell cycle and cell migration, and developing tools for live cell imaging.

Regulation of cytoskeletal dynamics in cell cycle and cell migration

Mitogen-activated protein (MAP) kinase pathway signalling plays a central role in both cell proliferation control and migration. These evolutionary conserved pathways transduce extracellular signals such as nutrients, mitogens and stress into intracellular responses. Extracellular signal- regulated kinase 1 (ERK1) and ERK2, are examples of conventional MAPKs that transduce mitogenic signals; however, there are also atypical MAPKs that can transduce other signals such as stress. We are constantly subjected to stress from environmental toxins, reactive oxygen species, nutrient imbalances and exposure to infectious pathogens such as viruses, all of which may lead to the development and progression of disease.

Central dogma teaches us that cells adapt to stress via their DNA to transcriptionally regulate protein synthesis. However, there is mounting evidence that stress also has a dynamic (ever changing) impact on the protein landscape of the cell (proteome) that is more rapid than the transcription of new proteins.

In situations requiring a rapid response to microenvironmental stress, RNA-binding proteins (RBPs) sequester and silence messenger (m)RNAs into membrane-less organelles known as stress granules (SGs), thus preventing their translation. This effectively shuts down high energy (ATP)-dependent protein synthesis during stress exposure. As the stress subsides, the SGs can be rapidly disassembled, allowing the sequestered mRNAs to be translated to proteins without the need for a new round of transcription. Perturbation of this protective response has been shown to play a key role in the pathophysiology of many diseases including cancer and neurodegenerative diseases such as Alzheimer disease. Evidence suggests that while SGs normally exist as transient structures, the chronic stresses accumulated over time lead to their persistence. The role of the SGs then changes to a more sinister one whereby they act as a nidus for the aggregation of disease-related proteins.

One of the PhD projects available in our lab is to use novel cutting-edge imaging technology to understand the dynamics of SG formation and dissolution:
Regulation of stress granule assembly and disassembly in disease

The oncoprotein YB-1 is a cold shock protein that responds to stress. It is and RNA-binding protein and is present in SGs. Previous research by us has shown that the oncoprotein YB-1 interacts with the cytoskeletal networks of the cell which underpin changes in cell motility. Recently published data suggest that the tertiary folding of YB-1 is altered following the post-translational modification (phosphorylation) of specific regions (residues) of YB-1, thus dynamically modulating protein interactions.

We have developed stable human cancer cell lines using CRISPaint technology to fluorescently label particular proteins involved in both the progression through the cell cycle and in cell motility and document alterations in the shape of the cancer cells changes as begin to move using dynamic live-cell imaging methods. This enables us to visualise the dynamics of these interactions using a Lionheart automated imaging system and/or an Andor Dragonfly spinning disc confocal microscope (spinning disc confocal laser microscope, SDCLM) in real-time.

More about the specialist equipment

Our people in the Woolley Laboratory 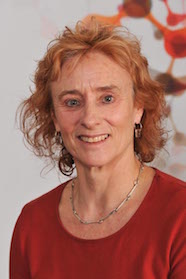 Cancer is a consequence of uncontrolled cell division. In normal healthy tissue, this process of cell division is well-controlled where both duplicated genetic and cytoplasmic material are distributed equally to two daughter cells. In contrast, many human cancer cells have gained or lost whole chromosomes. Such chromosomal instability is a process of errors that take place during cell division. Failure to properly connect the duplicated sister-chromatids to the microtubules of the mitotic spindle, a dysfunctional mitotic checkpoint that fails to respond to these mis-attachments or the inability to complete cytoplasmic division (cytokinesis), can all ultimately result in aneuploidy.

My group is interested in the regulation of cell division. The Y-box binding protein YB-1 is one of the proteins involved in the regulation of cell division that is a focus of our research. Post-translational modifications of YB-1 facilitates its dynamic interaction with members of the cytoskeleton during cell division. Our data show that interfering with the phosphorylation of specific residues on YB-1 lead to a failure of Aurora B, a member of the 'chromosomal passenger complex' (CPC) to localise to the cleavage furrow resulting in a failure of cytokinesis. The overall aim of my research is to unravel and understand the dynamic role of constant post-translational modifications in the organisation of the cytoskeleton during normal cell division, and ultimately to understand this is perturbed in cancer.
Dr Adele Woolley's research profile

Tessa is completing her Master of Biomedical Science in the lab. Her project is to further characterise and visualize and document the interaction between SEPT2 and YB-1 in invasion and metastasis. Both YB-1 and SEPT2 have been shown to regulate cell cycle progression and both have been implicated in invasion and metastasis in breast cancer and data from a previous PhD student provided mass spectrometry evidence of their interaction.

We are investigating the role by ΔNp63α in cell cycle progression, exit and early migration.

The p63 gene is a member of the extended p53 family. As with p53, there are different isoforms (variants) which are differentially spliced from the parent DNA. These isoforms are involved in a diverse range of biological functions, including cell proliferation, survival, apoptosis, differentiation, senescence, and ageing.

An inverse correlation exists between p63 expression and cancer progression in a variety of human cancers suggesting that p63 functions as a metastasis suppressor. The predominant isoform of p63, ΔNp63α, plays a major role in inhibiting cell migration, invasion, and cancer metastasis. ΔNp63α accumulates in mitotic cells and its expression decreases during mitotic exit from the cell cycle, which is the first step in early cellular migration.

Our funders supporting the Woolley Laboratory

We are extremely grateful to our funders who enable us to do our work.