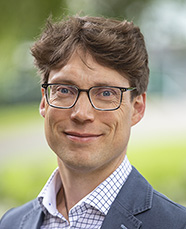 Liz Breslin, “On the Trail of the Mother of Invention: Unsettled Stories of Colonised Central Otago (A Creative-Critical Project)"

Find out more about our postgraduate students.

Robyn Maree Pickens, “Reparative Ecopoetics, or This Thesis Isn’t Only About You” (PhD awarded 2022)

Loveday Why, “A Poetics of Water: Cross-Cultural Ecopoetics in a Crisis World” (PhD awarded 2018)

Lynley Edmeades, "A Force of Events: Sound in the Work of Gertrude Stein, John Cage and Caroline Bergvall” (PhD awarded 2017)

Lynley Edmeades, “As I Exemplify: An Examination of the Musical-Literary Relationship in the Work of John Cage” (MA awarded 2013)

Joan Fleming, “'You can of course keep shaking the box': Errant Versioning and Textual Motion in the Iterations of Anne Carson” (MA awarded 2013)

Sandra Muller, “Poetics in the Digital Age: Media-Specific Analysis of Experimental Poetry on and off the Screen” (PhD awarded 2008)

James Saville, “The Centrality of Symbols to the Presentation of the Lyric Subject in Theodore Roethke’s ‘The Lost Son’ Sequence” (MA awarded 2006)

News of the World: The Global Poetics of the Newspaper,
a project supported by the Marsden Fund of the Royal Society of New Zealand

Make It the Same: Poetry in the Age of Global Media. New York: Columbia UP, 2019.
For a discussion of the book, see youtube.com/watch?v=l-TnpFZkWq8
Shortlisted for the 2020 Modernist Studies Association Book Prize

Ed., intro., and trans. (with Hilary Chung). Unreal City: A Chinese Poet in Auckland. By Yang Lian. Auckland: Auckland UP, 2006.

“Do Look Down: Surveying the Field from Aotearoa/New Zealand.” Modernism/modernity Print Plus 4.2 (2019).

“Too Big to Teach? Sizing Up Global Modernism.” Modernism/modernity Print Plus (2019).

Wong, Lorraine C. M., and Jacob Edmond, “Flipping the Script: An Introduction to Three Essays and to the Problem of Censorship in Chinese Studies,” introductory essay to a thematic group of essays in Chinese Literature: Essays, Articles, Reviews (CLEAR) 40 (2018).

“The Elephant in the Room: Theory in World Literature.” Literary Studies across Cultures: A Chinese-European Dialogue, spec. issue of Orbis Litterarum (2018). Online version available at: https://onlinelibrary.wiley.com/doi/full/10.1111/oli.12182.

“Poetry and Translation in Times of Censorship; or, What Cambridge University Press and the Chinese Government Have in Common.” In the Moment, the Critical Inquiry blog, 13 Dec. 2017, https://critinq.wordpress.com/2017/12/13/poetry-and-translation-in-times-of-censorship-or-what-cambridge-university-press-and-the-chinese-government-have-in-common/.

“No Discipline.” Introduction to The Indiscipline of Comparison, spec. issue of Comparative Literature Studies 53.4 (2016): 647–59. (Introductory essay to a special issue I edited––see Edited Books and Special Issues above.)

“The Uses of Postmodernism.” What [in the World] Was Postmodernism?, spec. issue of Electronic Book Review (December 2016).

“Everybody is a Genius: Conceptual Writing and Community.” Jacket2 25 September 2013: .

“‘Let’s do a Gertrude Stein on it’: Caroline Bergvall and Iterative Poetics.” Journal of British and Irish Innovative Poetry 3.2 (2011): 37–50. Read a sample section.

"Dissidence and Accommodation: The Publishing History of Yang Lian from Today to Today." The China Quarterly 185 (2006) 111-27.

"‘Today Is Not My Day': How Russia's Journalists, Writers and Artists Are Turning Silence into Speech." The Conversation 20 June 2022.

"We must speak out on AUT, China and Threats to Academic Freedom." The Spinoff 3 Aug. 2019.

“On Not Repeating Gone with the Wind: Iteration and Copyright.” Critical Creative Writing: An Anthology of Craft-Criticism. Ed. Janelle Adsit. London: Bloomsbury, 2018. 174–75.

Edmond, Jacob, and Hilary Chung. “Yang Lian, Auckland, and the Poetics of Exile.” Unreal City: A Chinese Poet in Auckland. By Yang Lian. Auckland: Auckland UP, 2006. 1–23.

"American Language Poetry and the Definition of the Avant-Garde." Avant-Garde / Neo-Avant-Garde. Amsterdam: Rodopi. 2005. 173-194.

Rev. of East by South: China in the Australasian Imagination. Edited by Charles Ferrall, Paul Millar and Keren Smith. The China Quarterly 187 (2006): 812-3.

"Finding Holes in the Whole." Rev. of The Obligation Toward the Difficult Whole: Postmodernist Long Poems. By Brian McHale. Electronic Book Review (Sep. 2006)

Rev. of Wave and Stone: Essays on the Poetry and Prose of Alexander Pushkin. By J. Douglas Clayton. New Zealand Slavonic Journal (2001): 274-6.

Translations and other creative work

trans. “Everything Was in Decline.” Endarkenment. By Arkadii Dragomoshchenko. Ed. Eugene Ostashevsky. Middletown, CT: Wesleyan UP, 2014. 87–95.