Arsenic in the environment

Arsenic is one of the most common potentially toxic trace metals (actually it is a metalloid) in the New Zealand environment. The following notes provide some background information on this element which receives considerable publicity at times.

Arsenic on the periodic table

Arsenic is a naturally occurring element. It is commonly classed as a metal (one of the so-called "heavy metals"), but it has some non-metal characteristics. Arsenic is chemically similar to Phosphorus, one of the essential components of life processes.

Arsenic commonly moves around in the environment as an anion (negatively charged ion), in combination with oxygen. Arsenic typically occurs as H2AsO4-, HAsO42- and H2AsO3-. This is different from most metals, which form cations (positively charged ions), such as copper (Cu2+), lead (Pb2+) and zinc (Zn2+).

Arsenic is toxic to animals, including humans and is also a carcinogen (cancer-causing agent), and causes both skin and lung cancers. Arsenic is of most concern when it is in potable water supplies. The current New Zealand and WHO standard for Arsenic in drinking water is less than 10 ppb. 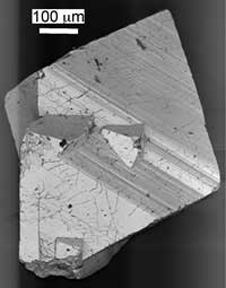 Arsenic is sourced both from man-made (anthropogenic) and natural sources. It is used in a variety of industries including lumber, agriculture, livestock and general industries. Examples of its use include wood preservation (also known as tanalising, using chromated copper arsenate (CCA)), organic herbicides (monosodium methanearsonate (MSMA) and disodium methanearsonate (DSMA) and insecticides (Lead-Arsenate). It forms a significant component of lead-acid batteries, and small amounts of pure arsenic metal are used to produce crystalline gallium arsenide, which is a semiconducter used in the computing and electronic industries. Arsenic is also released from other heavy industrial processes including mining, smelting, pulp and paper production, glass manufacturing, cement manufacturing and the burning of fossil fuels and waste products.
Some natural sources of arsenic include volcanism, forest fires, ground water, hydrothermal vents, and water which is in close proximity to highly mineralised areas.

All rocks contain some arsenic, typically 1-5 ppm. Higher concentrations are found in some igneous and sedimentary rocks. There are several arsenic bearing minerals, including arsenopyrite (AsFeS), realgar (AsS) and orpiment (As2S3). Soils, which are formed by the weathering and breakdown of rock to clays, usually contain between 0.1-40 ppm, and contain on average 5-6 ppm. The Otago Schist usually contains between 5-20 ppm, which is somewhat higher than the "background" levels of the Earth's crust. Water will interact with both rocks and soils and may pick up arsenic during its passage through the geological environment. Arsenic loss to streams occurs under natural conditions at very low levels. This arsenic may be carried to estuaries, and arsenic-rich sediments such as peat and coal may be formed in the lower reaches of rivers. If coal formed in estuarine environments is burnt, then arsenic rich ash may be formed, and water run off from coal mines may have elevated levels of arsenic.

Microscopic view of gold blobs (yellow, centre) in pale grey arsenopyrite, and pale yellow pyrite which makes up most of the large triangular grain.

Arsenic can stick to the surface of some minerals. It is an anion, and will therefore stick to positively-charged surfaces. Typical examples of these are brown iron oxyhydroxides (rust), clays and organic materials. It may stick to particles which are suspended in water and can then travel 100's of km's attached to these particles. It may then be washed off when it reaches the ocean.

Arsenic may be lost from soils by two sources, either by streams, which happens rapidly but only low levels of arsenic accumulate, or by groundwater, which is very slow, however comparatively high levels of arsenic may build up. Arsenic is released into ground and surface waters by the erosion, dissolution and weathering of rocks.. Arsenic can stick to mineral surfaces from groundwater. Fluctuating groundwater levels in wells cause changes to arsenic-mineral "sticking", e.g., in Bangladesh, and dangerously high levels of arsenic may also build up by groundwater interaction with ordinary river gravels e.g., in the Ganges and Brahmaputra Rivers. (see http://bicn.com/acic/ )

Groundwater flows through bedrock basement rocks, e.g., schist, very slowly and as a consequence high levels of arsenic may begin to build up. There are many bedrock wells around the world with arsenic >10 ppb in water.

Arsenic in groundwater in Otago Schist

Island Block alluvial gold mine (rehabilitated). The only arsenic released in this setting is washed by rain from new tanalised fence posts.

Ancient hot water systems formed deep in the earths crust. Arsenic and gold are often related in hard rock gold mines, where gold often occurs as tiny blobs within the arsenopyrite. During gold mining the gold is removed, and arsenic is left behind. Historically the arsenic was washed down the river and out to sea, but now arsenic-bearing tailings are stored in tailing dams. Natural groundwater in gold bearing schist locally may have As>>50 ppb. In alluvial gold mines the arsenic has already been washed away during natural erosion, and arsenic is not an environmental issue.

According to a 1999 study by the National Academy of Sciences, arsenic in drinking water causes bladder, lung and skin cancer, and may cause kidney and liver cancer. The study also found that arsenic harms the central and peripheral nervous systems, as well as heart and blood vessels, and causes serious skin problems. It also may cause birth defects and reproductive problems. According to this same study, an arsenic concentration of 50 ppb, gives you a 1/100 lifetime chance of developing cancer. Even an arsenic concentration as low as 1 ppb gives you a 1/1000 lifetime chance of developing cancer, which is 10 times higher then the EPA standard. Therefore it is necessary that people have access to water which complies with the WHO standard for arsenic of <10 ppb, and the arsenic concentration should be kept as low as possible.