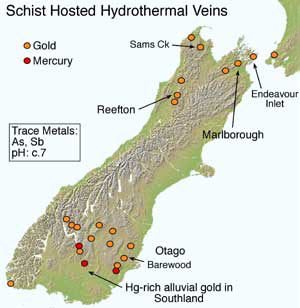 These deposits formed by hot water moving through rocks as the surrounding rocks were uplifted from deep (10 km) in the Earth's crust. The metals in the deposits were extracted from the surrounding rocks by dissolving trace amounts from a large volume of rocks. The metals were then deposited by sudden cooling and/or pressure change as the waters were driven by earthquakes in the Earth's crust. Characteristic features of these deposits are listed below. 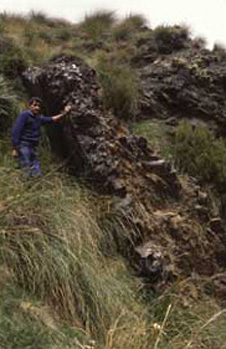 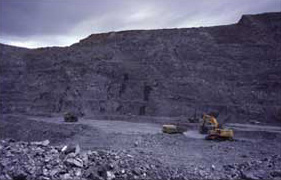 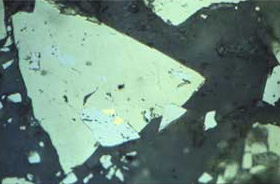 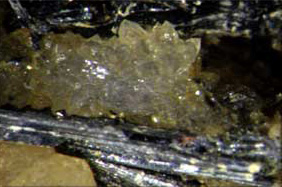 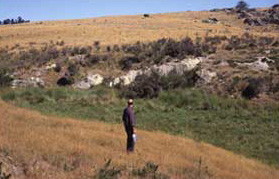 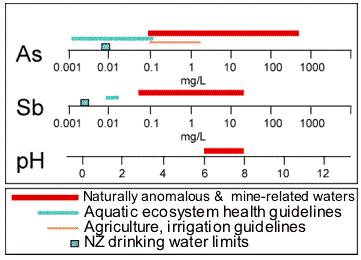 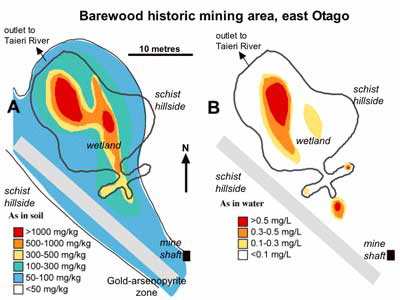 Maps of arsenic concentration in soils (left) and water (right) in the Barewood wetland. 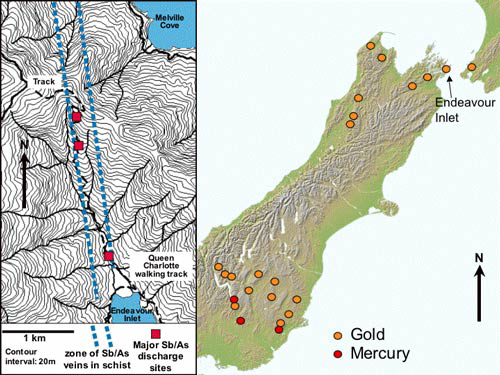 Location of Endeavour Inlet (right), and a detailed map of the area (left) 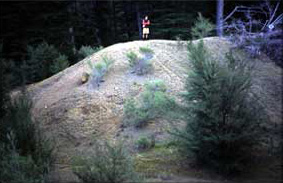