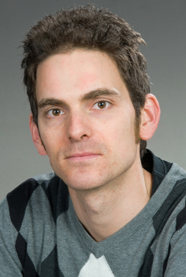 Liberalism and its Populist Excess – Barack Obama, the Tea Party and the Media Field

The remarkable ascendancy of Barack Obama to the presidency of the United States of America, in the shadows of the financial crisis, was in no small part due to the effective discursive response to the ideological crisis of American neo-liberalism. Obama’s redemptive identity politics and civil society discourse of transformation perfectly embodied the new spirit of capitalism (Boltanski and Chiapello 2005) and the claims to the transcend capitalism’s worst excesses. Despite what was widely described as the death of knell of conservative politics, post-financial crisis American bore witness to a Randian populist rebellion bedeviling the liberal class. The Tea Party represent the return of the political, that is the ontological necessity of the antagonism in social signification, while claiming access to the Universal as the original “people” of the American revolution. What the Tea Party speak to is the timelessness of the fetishized man of property, which accounts for a left/right indeterminacy in American populism, and the over determined irrational response to Obama, as threatening the sanctify of their fetish. What is novel in this populist upsurge is its specifically mediatized character with Fox News performing a temporal-spatial bridging of an individuated populist public. The media field has become a critical site for the return of the political as it performs an essential function of biopolitical production by both extending commodification into social life and creating new forms of commonality. In examining the populist threat to the liberal vision of the political, this thesis will analyze a broad spectrum of texts covering the Tea Party/Obama political frontier from across the media field and social media in order to establish whether mediatized politics simply means a populist commercialism or offers a new space of possibilities for a politics of Universality.

Oliver Jutel is a former TV journalist and media professional. His published worked has been concerned with neo-liberalism, populism, the media and public sphere.