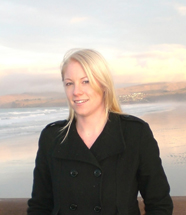 In 2004 the problem of bad parenting came to the British public's attention in a string of reality TV programmes about unruly children, exemplified most prominently by Supernanny. Unlike first and second wave makeover programmes which transform the home and body, Supernanny focuses on the modification of deviant behaviour. However, the problem of how to tame tiny terrors in this third wave proved to be far more complicated than a quick re-paint or nip and tuck; this thesis interrogates why this is the case. Taking Supernanny as my starting point I argue that TV scholars have failed to address the distinctive and multifaceted nature of parenthood. To account for its complexities I develop the notion that parenthood can be defined as a 'space of care' in which 'care' produces a contested subject, dividing the role of parenthood irreconcilably between daily work ('caring for') and an affective bond ('caring about'). The fact that Supernanny emphasises the work of care, linking it with control, even as contemporary culture is undergoing an affective turn that links care with emotional relations, makes the programme a fascinating case study for television's role in the governance of parenthood in an Anglo-American context in the twenty-first century.
In Chapter One I contextualise my discussion of the parent in relation to key models for power, discipline and order and relevant literature on the changing nature of child/adult relations. I ask questions about what kind of subject the parent is, and establish a gap in knowledge as to how we understand the parent's role in relation to historical narratives of the emergence and disappearance of childhood and child/adult relations. For Foucault the family does not function as a disciplinary apparatus, instead it operates as a "cell of sovereignty" with sovereign/family relations left rather ill-defined through, as he puts it, a particular "type of bond" (Psychiatric 80). Problems of imprecision persist when we turn to the modern invention of childhood, since the child comes into being both through the imposition of a certain kind of order (or control) and the attachment of "sentimental value" to the child (Zelizer [1985] 1994). Parenthood as a site of contestation, within which competing ideas of society, power, and education serve different agendas, has deep seated roots.
Having established a number of ways of understanding parenthood as a space of care, in Chapters Two and Three I situate Supernanny's intervention in relation to the makeover sub-genre in particular and reality television in general. Makeovers teach a contemporary version of care of the self, associated with the consumption of goods and services. By examining three waves of makeover TV and conducting a close analysis of my chosen case study, I demonstrate how Supernanny transforms parents into ''technicians of behaviour'' (Foucault [1975] 1995). Jo Frost, the programme's expert, must first discipline the parents so that they in turn can discipline their children. In Chapter Four I argue that in Supernanny the family is constructed as if it were one of the enclosed disciplinary institutions identified by Foucault: the programme encourages parents to regulate their child's use of space (both inside and outside the home), time, activities, emotions and their acquisition of skills and knowledge. Through its focus on techniques, Supernanny instrumentalises care and provides a 'tick list' for both the show's participants and audience at home to follow. I contend, however, that the bond between the parent and the child is too complex for such a quick fix: the emotional/sentimental tie between them means that parenting cannot be reduced to a series of techniques therefore control is represented as a form of (parental) care.
Ultimately I argue that Supernanny favours 'care of' or the controlling techniques of parenting, over 'care about' or parenthood. I contend that the programme's promotion of specific childrearing practices could be seen as an attempt to return to a more 'functional' or less sentimental view of the child. If Frost's techniques work together to produce ''docile subjects'' (Foucault [1975] 1995) then Supernanny functions as a disciplinary tool, modelling appropriate forms of behaviour and 'care' for both the show's participants and viewers at home. My conclusion, which provides a brief overview of childrearing shows which appeared after Supernanny went to air, indicates that for the foreseeable future, television will continue to find new ways of 'programming parents.'

Rebecca Kambuta is a PhD graduate from the University of Otago. Her doctoral dissertation examines the figure of the ‘bad’ parent in Supernanny. Rebecca is the co-author of ‘Extreme Human Makeovers: Supernanny, the Unruly Child and Adulthood in Crisis’ in LIT: Literature Interpretation Theory (2011).