These are links to pages on attitudes, politics, ideas and information on the way councils, advocates, owners and managers have been working on smokefree outdoor policies. This includes survey and other research on public and business attitudes to smokefree outdoor ideas and plans. 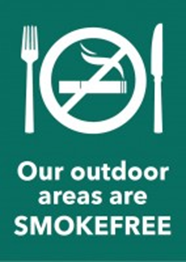 A research group at the Department of Public Health, University of Otago, Wellington, investigated the policy options that could contribute to a smokefree central Wellington City, New Zealand. The project was funded by the New Zealand Health Research Council.

During 2015 we interviewed stakeholders, considering policies already in place here and around the world, and exploring the issues involved in smokefree outdoor policies. In November we held workshops to discuss and further develop sound policy options for Wellington. The policy options ranged from smokefree bus stops to a smokefree downtown area. The project report was finalised in early 2016 and is available above.

And also see the Wellington City Council video at: https://www.youtube.com/watch?v=SJPPWKXZ5X8

New Zealand opinion in 2012 on outdoor dining areas, sports fields and courts, and ‘all outdoor public places where children are likely to go’:

Auckland City (2013) support for and predicted impact of smokefree policies

Auckland City (2014) awareness of, willingness to intervene, compliance with, and impacts on smokers of smokefree policies

Hawkes Bay (Napier and Hastings) support for smokefree policies in 2013

Canterbury support for smokefree policies in 2014

Wellington awareness of, support for and predicted impact of smokefree policies in September 2015

Other reports and papers:

These links refer to retailer and hospitality industry opinion from owners and managers.

In a 2011 survey of 198 business people on Wellington's Golden Mile (a major shopping route), the vast majority of respondents (83.3%) did not think a smokefree GM would hurt their business