Current recommendations suggest that infants are introduced to complementary foods around 6 months of age using purees that are traditionally spoon-fed to the infant. Over time, the child then progresses to mashed and lumpy foods with the expectation that by the time the baby is 12 months of age, they are eating mostly family foods.

Whole foods from the start

An alternative, baby-led approach bypasses purees and introduces whole foods right from the start of complementary feeding, which the baby feeds themselves. Proposed advantages of a baby-led approach include improved energy self-regulation as the infant is more in control of what and how much they eat, greater family interaction as the baby joins in family meals, and convenience. However, concerns have also been raised regarding choking and the potential for an inadequate iron intake.

We wanted to know what these children ate, how their families functioned, whether growth differed between the two groups, and what happened in terms of iron status and choking during the first two years of life. 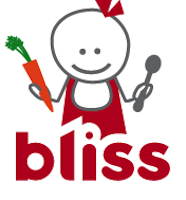